In addition to his celebrated career as an actor, Sidney Poitier has directed nine films, the most critically praised being the first, Buck and Preacher, the most disastrous being the last, Ghost Dad. Hanky Panky, like the rest, falls somewhere in the middle. The film represents an attempt to recreate the success of Arthur Hiller’s Silver Streak, which put Gene Wilder in a mix of Hitchcockian thriller and light comedy. Here, the formula fails, the two modes proving incongruous.

Another Hitchcockian trope in the film is a McGuffin. Along the way Michael finds out that the key to the murder is a computer tape, pretty high-tech stuff for 1982. It doesn’t matter what’s on the tape; the point of the tape is to be an object that people chase. It’s a pretty good McGuffin. Computer tape was just exotic enough to 1982 viewers to contain inherent interest.

What’s most notable about this film is that it’s the first and best pairing of Gene Wilder and his future wife Gilda Radner, who plays Kate Hellman, Michael’s lone ally in trying to clear his name and survive the danger he has found himself in. Considering how famous they were as a couple, I was surprised that they only made three films together, none of which could be considered good. Wilder and Radner do have an easy, comfortable chemistry that’s fun to watch.

What doesn’t work is Wilder’s performance. He’s far too excitable for the material. No tension is allowed to build because he’s screaming all the time. This failure has to be shared with Poitier, who doesn’t rein him in. Were this a Mel Brooks comedy, Wilder’s performance would have fit the material, but a Hitchcockian thriller needs a more subdued touch. Poitier directed Wilder’s previous film, Stir Crazy, a much more successful venture, but together they can’t find the right tone for this film.

From the perspective of 2017, one scene in the film is horribly dated and uncomfortable to watch. When Michael is kidnapped and drugged, he manages to escape his captors by goosing the woman in front of him on an escalator. Thirty-five years ago this may have been cute and funny; now, we call it assault.

Loving thrillers, I saw this movie many times as a child. Returning to it now after a few decades, I was struck by how little I remembered about the nature of the mystery. I remembered scenes and set pieces, such as Gene and Gilda’s plane ride from hell over the Grand Canyon with a pilot (Pat Corley) who isn’t feeling very well. But I didn’t remember what the mystery is all about. I watched the movie five minutes ago, and I’m struggling to remember what the mystery is all about. It has something to do with government secrets, I think. But the answers to the mystery are not what drive the narrative momentum here. The answers aren’t important. In this movie, we’re supposed to be entertained by the quest to find them. We are. Somewhat. Hanky Panky is neither a good film, nor a particularly bad one. It’s not a bad way to spend 90 minutes, but it’s not surprising that the film has been largely ignored for 35 years. 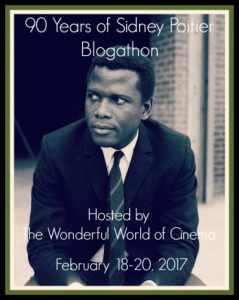